Udaipur Tourism | Udaipur Tour Packages | Tourist Places Udaipur | Udaipur Tourism Packages - Founded by Maharana Udai Singh II in 1568, Udaipur has many legends attached to it. Udai Singh founded this city after Mughal Emperor Akbar besieged his fortress, Chittorgarh. It is believed that a holy man, meditating on the hill near Pichola Lake, advised Udai Singh to set up his capital here. After his death in 1572, Udai Singh was succeeded by Maharana Pratap, the most admired Rajput hero. As you read on this Udaipur city guide further, you will get to know more about this beautiful city.

During Maharana Pratap's reign, Udaipur saw a battle being fought with the Mughals at Haldighati in 1576. In the years that followed, there were numerous invasions and battles fought by Mewar. All this came to rest in 19th century with the help of British intervention. A treaty was signed to protect Udaipur from the foreign invaders. After becoming independent, Udaipur merged itself within the union of India.

Also known as the Venice of the east, the city Udaipur in Rajasthan, India mesmerizes the tourists with its charm and beauty. Because of many lakes Udaipur, it is sometimes also called the city of lakes. Udaipur travel and tourism will bring you across a number of palaces, rich in architectural beauty. The Lake Palace on Jag Niwas Island in the middle of Pichola Lake, along with the City Palace and the Jag Niwas are some of the famous palaces of the city. Udaipur is also known for its exquisite arts, craft and miniature paintings. Then there is also the famous Shilpgram festival attracting the tourists to Udaipur. 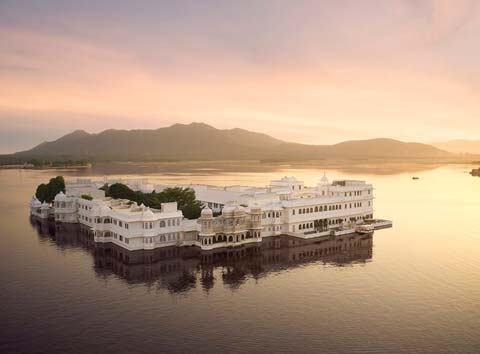 Lake Palace: Built by Maharana Jagat Singh in 1743, Lake Palace is situated on the Jag Niwas Island in the middle of Lake Pichola. It was constructed to serve as a summer palace for the royalty and covers an area of 1.5 hectare. Textiles and handicrafts used in ethnic themes all over the palace make it a mesmerizing sight. Presently, the palace has been converted into a five star hotel. 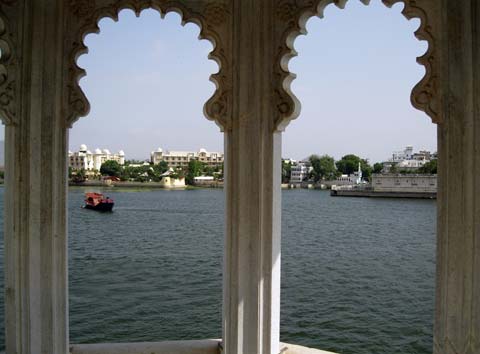 Lake Pichola: Udaipur, Rajasthan sightseeing tour is incomplete without a visit to this lake. An artificial lake, Lake Pichola was constructed by Maharana Udai Singh II after he founded the city of Udaipur. The lake is 4 km long and 3 km wide and encloses the Jag Niwas Island and the Jag Mandir. One of the most scenic spots of Udaipur, Lake Pichola also houses the City Palace on its eastern banks. 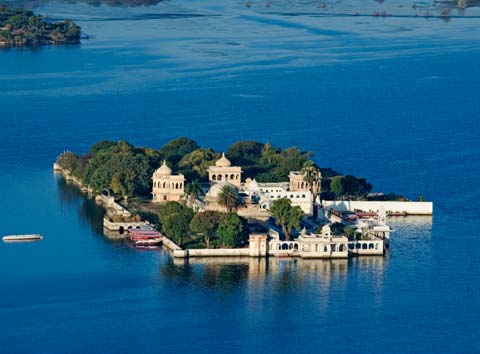 Jag Mandir: Built by Maharana Karan Singh, Jag Mandir was meant to serve as a hideout for Prince Khurram, the estranged son of Emperor Jehangir. Located on the other island palace in Lake Pichola, the palace has some exquisite carvings. The examples of carvings include a row of carved elephants guarding the island, grey and blue stone carved chhatri, etc. City Palace: A fusion of Medieval European and Chinese architecture, the City Palace was built by Maharaja Udai Singh. This marble monument is situated on the eastern banks of Lake Pichola. Numerous balconies, towers and cupolas of the palace provide a marvelous view of the lake and the city below. A triple arched gate called Tripolia, built in 1725, provides the entry to the palace. 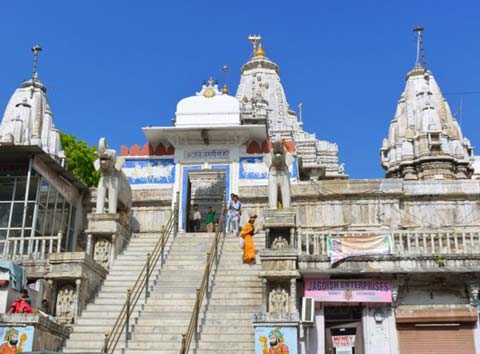 Jagdish Mandir: Maharana Jagat Singh I built the Jagdish temple, dedicated to Lord Vishnu, in 1651. It houses an image of Lord Vishnu in black stone, along with a brass image of Garuda, his carrier. Covering the exterior and the plinth are base relief of alligators, elephants, horsemen and celestial musicians, rising in rows. It is the largest temple in Udaipur. 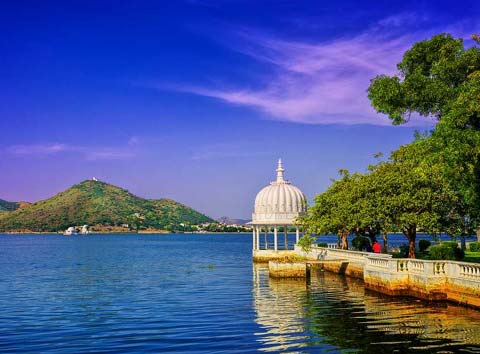 Fateh Sagar Lake: Built by Maharana jai Singh in 1678, Fateh Sagar Lake lies to the north of Lake Pichola. Maharana Fateh Singh reconstructed it later. The attractions of the lake include the beautiful Nehru Island as well as an islet housing a solar observatory. Sahelion Ki Bari: Sahelion ki Bari, the garden of maidens, was built by Maharana Sangram Singh in the mid 18th century. Pools with elegant kiosks, flowerbeds, lawns, pools, fountains, along with an array of trees make this garden eye-catching. There is also a sitting room decorated with paintings and glass mosaics in the garden. 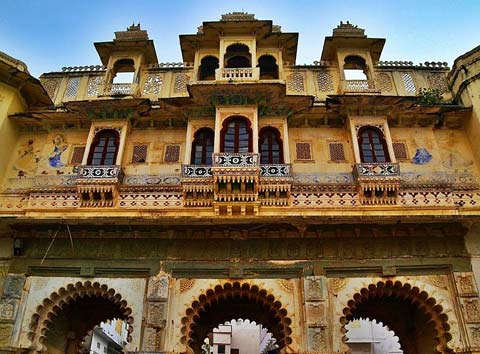 Bagore ki Haveli: One of the places to see in Udaipur is the Bagore ki Haveli. Amir Chand Badwa, the Prime Minister of Mewar built this palace on the waterfront of Lake Pichola at Gangori Ghat. An eighteenth century monument, it has on display an array of costumes and modern art. Delicate and exquisite glass and mirror work adorn the interiors of the Haveli. After the death of Badwa, Maharana Shakti Singh of Bagore occupied the building. It was then that the palace acquired the name of Bagore-ki-haveli (the house of Bagore).

Climate
The climate of Udaipur is a tropical one. The summer season is tolerably hot, with the average temperature hovering around 38.3° C (max) to 28.8° C (min). The climatic conditions of Udaipur, Rajasthan are quite pleasant in winters. The average temperature falls in the range of 28.3° C (max) to 11.6° C (min). Udaipur weather experiences scanty rainfall in the monsoon season, somewhere around 61 cm, approximately.

How to Reach Udaipur
By Air: Udaipur is connected to Jaipur, Delhi, Jodhpur, Aurangabad, and Mumbai by regular Indian Airlines flights. You can reach the city center in 35 to 40 minutes from the airport by City Buses or Taxis.
By Rail: Udaipur is connected to Delhi, Chittor, Ahmedabad, Jaipur, Ajmer, and Jodhpur by rail. Railway station is located around 4 km east of Udai Pol in the city center.
By Road: Udaipur is on National Highway No. 8. Transport corporations of several states such as Gujarat, Uttar Pradesh and Madhya Pradesh operate buses to Udaipur. The main bus stand is on the City Station Road from where one can take buses to most of the other important tourist destinations of Rajasthan as well as western India and northern India. 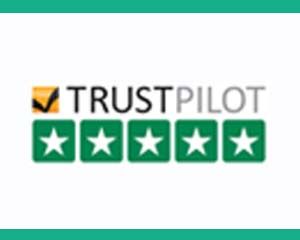 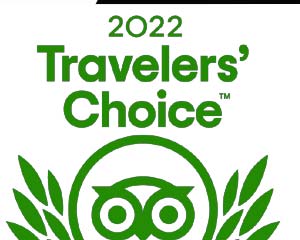